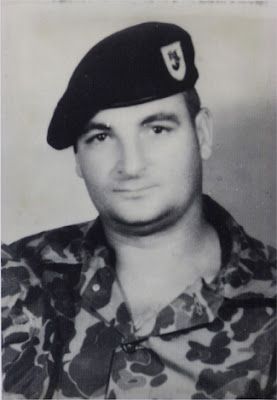 
We Are Being Overrun

'The first Americans to die in battle against the Communist Viet Cong guerrillas fell in a remote valley of South Viet Nam last week.
Scene of the struggle was a jungle clearing outside An Chau, a village 360 miles north of Saigon. There, U.S. Sergeants James Gabriel of Honolulu and Wayne E. Marchand of Plattsmouth, Neb., were drilling 31 local Vietnamese volunteers in a two-week field exercise in guard techniques and patrolling. Along to watch the exercises were two new American arrivals in South Viet Nam, Sergeants Francis Quinn of Niagara Falls, N.Y., and George E. Groom of St. Joseph, Mo. All went well until the third night of the exercise.

Suddenly, at 10 p.m., there was rustling in the saw grass across a nearby river. Concerned, Sergeant Gabriel fired warning shots, sent up flares in the direction of the noise. For a long time there was silence. Then came what sounded like a dog's bark. From a different direction, a cock crowed. At last came the tap of a bamboo tocsin, and the Viet Cong came running out of the dark.

This first attack was quickly repulsed, but shortly after daybreak the guerrillas came back in earnest. Five Viet Cong guerrillas rushed the command post, were shot down, only to be followed by five more from another direction. "I saw Sergeant Gabriel phoning and shooting and changing clips all at the same time," said a Vietnamese afterwards. "Three times he was wounded and knocked down. The third time he didn't get up." Before he fell, Gabriel radioed a final message to the U.S. base at Danang seven miles away: "Under heavy attack from all sides. Completely encircled by enemy. Ammunition expended. We are being overrun."

When 20 Americans rushed down from Danang in helicopters, they found the bodies of Gabriel and Marchand. Each had been shot in the head as the Viet Cong fled. The other two Americans had been kidnaped and marched off toward the Laos frontier 40 miles away.'

Posted by David Burton at 8:54 AM
Email ThisBlogThis!Share to TwitterShare to FacebookShare to Pinterest
Labels: jones, marchand, nebraska, nemaha, vietnam