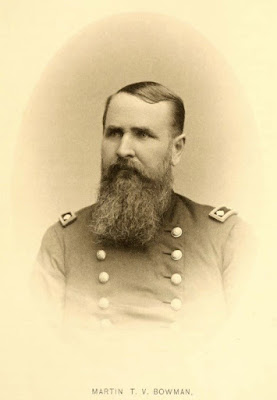 Served in the First Maine Cavalry during the Civil War from 1861-1865. He was in the battles Winchester, Cedar Mountain, second Bull Run, Fredericksburg, Rappahannock Station, Brandy Station, Aldie, Middlebury, Gettysburg, Sheperdstown, fortifications before Richmond, Todds Tavern, Cold Harbor, Ream’s Station, Fames’ Cross Roads, then on to the surrender of Lee at Appomattox. After the War, he was director of the Iowa National Bank from its establishment and eleven years president of the general board of Des Moines College.