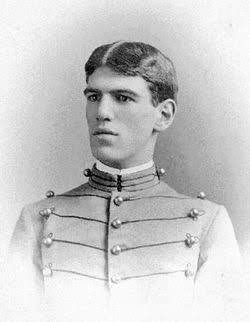 Clarke graduated from West Point, and was killed during the Battle of San Juan Hill in Cuba when his detachment was supporting Theodore Roosevelt and his "Rough Riders."