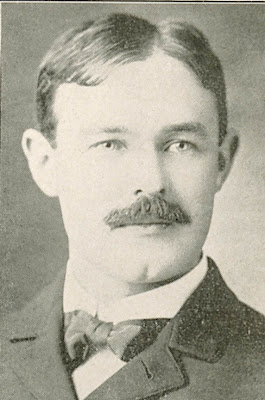 Byron was a Captain in the Spanish American War and served as a Colonel in the Inspector General Department, 37th Division during WWI.

Original photo via ;) at findagrave.com
Posted by David Burton at 9:54 AM
Email ThisBlogThis!Share to TwitterShare to FacebookShare to Pinterest
Labels: bargar, lakin, neil, ohio, texas