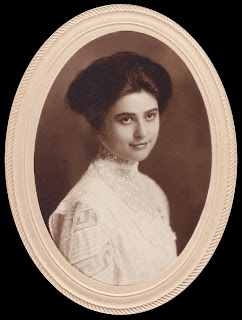 Married to Early James Speck on 19 June 1921 in Tuscarawas Co., Ohio. They were divorced.

Original photo via MHT at findagrave.com
Posted by David Burton at 11:34 AM
Email ThisBlogThis!Share to TwitterShare to FacebookShare to Pinterest