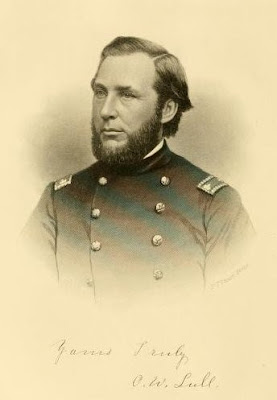 Lieutenant Colonel in the Union Army. He died during the Siege of Port Hudson. (Unclear whether he died as a result of action or disease - an equal number of Union casualties were due to either.)