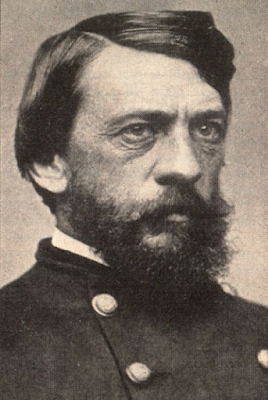 Jonathan was an Army surgeon, and was the Medical Director of the Army of the Potomac during the Civil War. He is credited with bringing battlefield medicine into the modern age by establishing an ambulance service, first aid stations and instituting an standardized triage system for wounded soldiers.

(Most of Jonathan's generation changed the spelling of their surname from Letherman to Letterman.)
Posted by David Burton at 1:46 PM
Email ThisBlogThis!Share to TwitterShare to FacebookShare to Pinterest
Labels: california, lee, letherman, letterman, pennsylvania, richie, san francisco